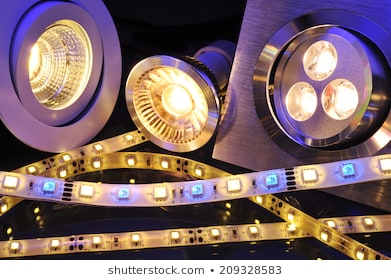 Converting your lights from recess halogens to LED’s?

It doesn’t seem so long ago that halogen recess lights were the latest and greatest in home lighting.

That was in the early 2000s and the development of energy saving LEDs in recent years means many homes are converting to LEDs.

What’s the difference between Halogens and LEDs?

As well as superior energy saving, LEDs are cooler in temperature which is also a safety improvement on halogens, and insulation can be installed over LEDs in the ceiling space to reduce heat loss.

How do I go about converting to LED recess lights?

Often people change over when they begin to have trouble with their halogens. They’ll start flickering or the bulbs will need changed more regularly.
It’s good to change before this because you’ll be saving power and money by changing over before you have problems.

We recommend having your lights changed professionally by an electrician. We’ve had a number of customers who have struck problems when trying to change over to LEDs themselves.

The reason is that the halogen transformers behind the halogen are often not compatible for LED lamps. If this happens it causes the lamps to flash and operate incorrectly and you’ll need and electrician to sort this out anyway.

What are some of the advantages of LEDs?

We’ve covered the obvious energy saving and also mentioned the safety aspect above.

Long life – While we are still in the early years of LEDs, estimates of the hours they are expected to last are promising. With regard to this the recommendation is that you get what you pay for. Nothing scientific to report yet, but anecdotal evidence we’ve seen suggests that cheaper LEDs may not last as long.

Colour options – another benefit of LED’s is that there is a range of colours to suit your space or preference.

Which colour for which space?

Light temperature (colour) is measured in Kelvin (K). The lower the number, the warmer the light. The colours range from warm moodier lighting to sharp brighter lighting. The lights we supply come in the above three shades. It’s a good idea to try examples in the space before you choose.

What about replacing traditional lights with LED bulbs in bayonet light sockets?

This is a great energy saving option people have been taking in recent years. Many hardware stores stock the bulbs and there is varying pricing. Again, the quality and life length will generally be evident in the pricing. You may need to use trial and error to find the bulbs that work for you. Use the Kelvin light scale above to help you choose the right colour for you.

Request a call back for today